Live at The Grace 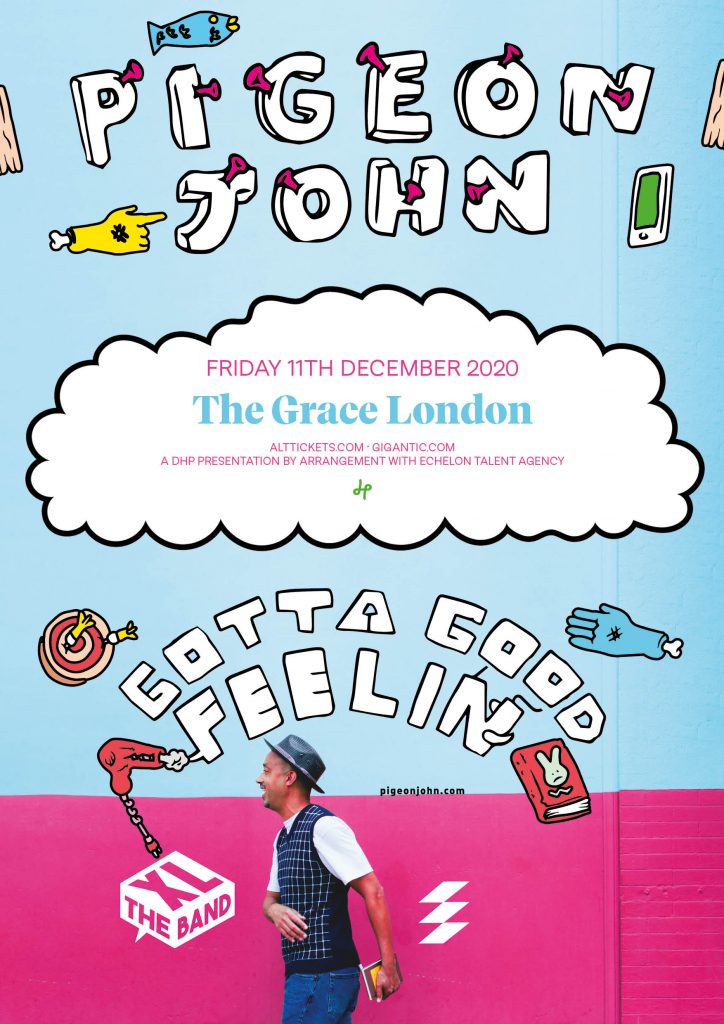 Pigeon John is an underground MC with a genre-fusing style and positive lyrics. He is sometimes labeled a Christian rapper because of his positive messages and references to God, but with easily relatable subject matter and musical influences drawing from across the spectrum of rock and pop music, he aims to reach as wide an audience as possible. Born to mixed-race parents in Omaha, Nebraska, John Dust felt out of place due to the color of his skin, a feeling that also continued after he moved to Inglewood, California. He found solace and friendship, however, in rapping, and by the early ’90s was performing at open mikes at Good Life Café, where other seminal acts like the Pharcyde and Freestyle Fellowship got their start. Dust soon joined hip-hop collectives L.A. Symphony and Brainwash Projects, and after releasing albums with them decided to strike off on his own.

In 2001 he self-released his solo debut, Pigeon John…Is Clueless, which brought him enough success (albeit small) to get him signed to Basement Records, the label that released 2003’s Pigeon John Is Dating Your Sister and 2005’s Pigeon John Sings the Blues! The next step for the rapper was signing to underground hip-hop mainstay Quannum, which issued Pigeon John and the Summertime Pool Party in September of 2006. After releasing an EP with Flynn Adam Atkins under the name Rootbeer, Pigeon John returned to Quannum in 2010 with his fifth album, Dragon Slayer. Produced with Quannum artist General Elektriks, the album focused on live instrumentation rather than samples. General Elektriks also helped produce Pigeon John’s next album, Encino Man, which arrived in 2014. After signing with Dine Alone Records, the MC released his seventh album, Good Sinner, in 2016

GET IN THE MOOD WITH OUR SPOTIFY PLAYLIST